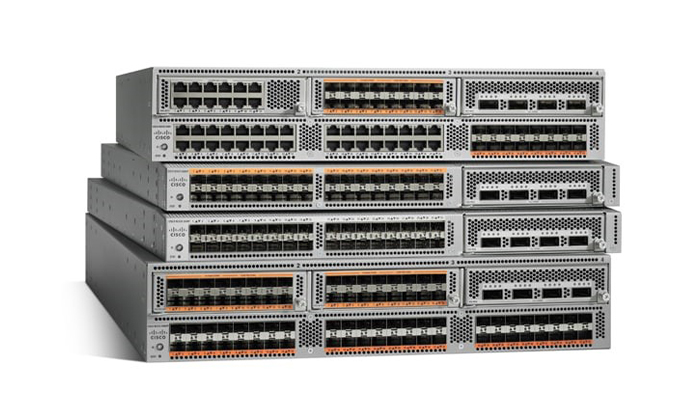 The Nexus 5000 series is the first wire speed 10Gbit Ethernet switching architecture which is based on Ethernet Fabric and can deliver predictable low latency for server access switching applications. Another key attribute of 5000 switch fabric is the ability to support data center Ethernet and enabling customers to build highly scalable layer 2 fabrics within the data centers while eliminating the scalability issues that exist in Layer 2 environments of Today.

The third key attribute of Cisco Nexus 5K is the ability to support a consolidated I/O fabric which can provide both iSCSI as well as fiber channel Ethernet traffic over the same fabric and enabling customers to unify the traffics for LAN, SAN and low latency applications over a consolidated fabric.

Moreover, the ability to support virtualized machine optimized interfaces is now provided by these devices so now customers can begin to deploy larger base of virtual machines within the data center to switch fabric enabled ability to support VM aware networking functionality within the fabric.

These switches are ideal for data center deployments and delivers an innovative architecture breakthrough in data center design. Also, it provides the industry highest density and performance in compact size. These switches offer long rate transport of Layer 2 or Layer 3 Ethernet traffic at 1,10 and 40Gbit speeds over fiber links as well as storage traffic. They can support FCoE, iSCSI, NAS and RDMA all the way from 1Gbit to 8Gbit speeds.

Models and Specifications of Nexus 5000

This version provides up to 48 ports: 32 fixed “unified” 1/10-Gbps SFP+ Ethernet and FCoE ports and one expansion slot