Cisco Nexus 7000 modular switches are designed to apply changing requirements to any network environments and it is a part of foundation for Cisco unified data center architecture that unifies compute, storage, networking, virtualization and management into a single platform.

Supervisors at interface modules are common across all chassis offering the highest level of investing and protection, designed with high availability in mind Nexus 7000 has no single point of failure and all components are fully redundant and hot swappable. This is also essential with the Cisco unified data center architecture with the highest level of resiliency.

The Nexus 7000 series offers a broad range of chassis options for data centers of all sizes.

The Cisco Nexus 7018 switch has an 18 slots chassis with highest scalability.

The Cisco Nexus 7010 switch has a 10-slot chassis that offers high density with front to back airflow. It is ideal for hot or cold designs into a data center.

The Cisco Nexus 7009 switch has a 9-slot chassis in a more compact form factor.

The Cisco Nexus 7004 switch has a 4-slot chassis that offers the same features and functions for small measure data centers in a most the most compact size.

The following are the models developed by Cisco:

The Cisco Nexus 7702 is a 3-RU and 2-slot switch that supports all current Nexus 7700 10/40/100 Gigabit Ethernet (GE) modules (except the F2E I/O modules), one fan tray (3 fan), one supervisor, and two power supplies. It provides feature and operational consistency and investment protection using NX-OS 7.2 and later. This switch is ideal for small and medium-sized data center interconnect (DCI) solutions though no fabric module is available for these models.

The Cisco Nexus 7706 is a 9-rack unit (RU) and 6-slot switch that offers a compact form factor, high availability, and exceptional performance with front-to-back airflow. That makes it ideal for small- to medium-sized data center access. These Nexus switches support up to six fabric modules, redundant supervisor engines, three fan trays and up to 3000W AC/DC power supplies.

Cisco Nexus 7000 series switches can support various types of supervisors to bring seamless flexibility and scalability to the network. In the following table you can explore the supported Nexus 7700/7000 supervisors: 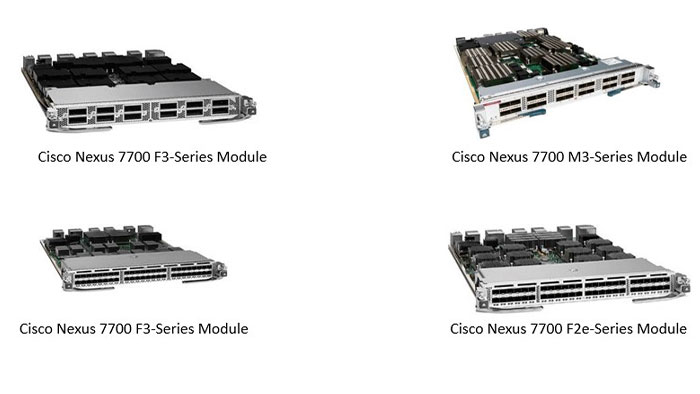 The Nexus 7700 data center switches support more than 83 Tbps throughput and are the latest extension to the Cisco Nexus 7000 series modular switches. Currently, the following line cards are supported by Nexus 7700 switches. 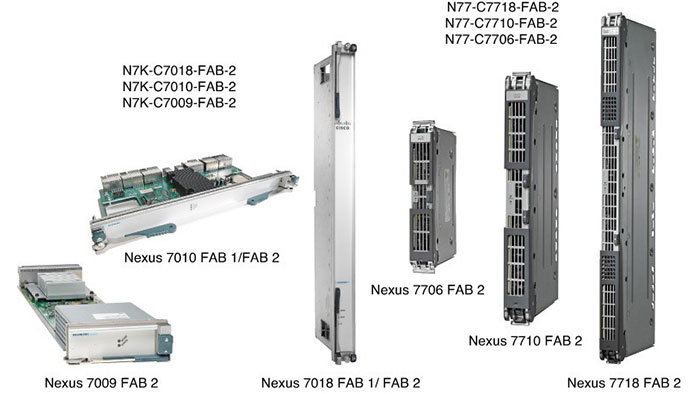 The Nexus 7000 and Nexus 7700 fabric modules provide interconnection between line cards and provide fabric channels to the supervisor modules. Adding fabric modules increases the available bandwidth per I/O slot because all fabric modules are connected to all slots.

Cisco Nexus 7000 license can be ordered and purchased in order to activate all features on these switches. Different types of licenses are required for the Nexus 7000 and the Nexus 7700 which you can find below:

Also, to manage the Nexus 7000, two types of licenses are needed: the DCNM LAN and DCNM SAN, each of which needs a separate license.

This device could be registered by purchasing and assigning Cisco Nexus 7000 smart license to a certain product instance in the CSSM website and with specific smart account. However, by using Nexus 7000 switches PLR smart license all instances could be activated once and forever.

You can get information on price and order from our experts. Please don’t hesitate to ask us. There are different ways that you can opt according to your needs.

Customers can order the needed licenses by contacting our sales specialists.