Also, Nexus 9K is an open, programable and extensible switch which can automate the network tasks and offer full automation with SDN by benefiting from Cisco ACI (Application Centric Infrastructure). With unified ports, Nexus 9000 switches consolidate LAN and SAN network and it could be managed by Cisco DCNM within one platform.

The Cisco Nexus 9000 empowers by NX-OS which is a purpose-built data center operating system designed for performance, resiliency, scalability, manageability, and programmability at its foundation. It provides a strong and comprehensive feature set that meets the demanding requirements of virtualization and automation in present and future data centers.

Cisco Nexus 9300-FX3 switches is the latest generation of access switches. Building on the successful Nexus 9300-FX series, the platform supports cost-effective cloud-scale deployments, an increased number of endpoints, and is capable of wire-rate security and telemetry. 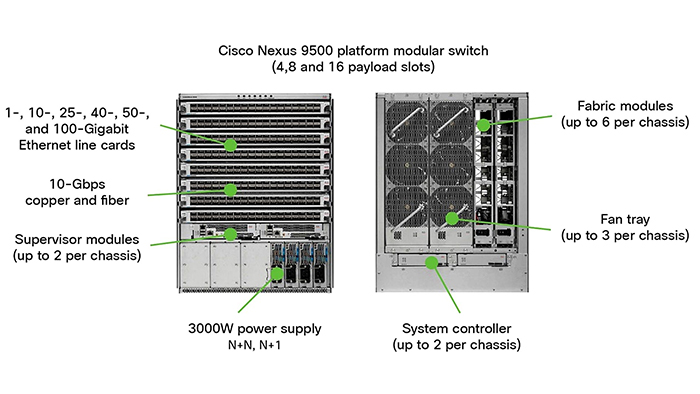 Cisco Nexus 9000 license can be ordered and purchased for enabling all mentioned device features.

Please feel free to ask us for the details about the ordering and price. You can get help from our specialists and they will find the best license that meets your needs.